What You Should Know About Pu`Erh Tea Health Benefits 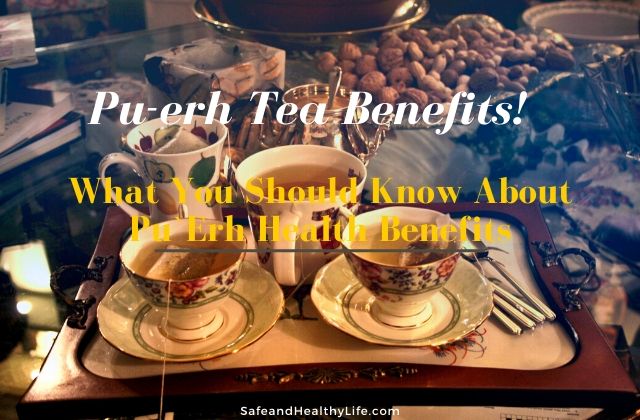 People who love to take tea may be well acquainted with pu`erh tea, which is highly valued for its rich taste. The tea was given its name from one of the Chinese cities in the region of Yunnan, which is a major production area. It is also reputed as a tea with many advantages to health.

Pu`erh tea originates from the Camellia sinensis plants, the leaves precisely, just like green tea, white tea, and black tea. But the production of pu`erh tea involves a longer period of fermentation in a specific procedure. As soon as they have gone through the fermentation process, the tea leaves are packaged into cakes or bricks and left to get old (often for years or decades even). For a long time, Chinese people have taken pu`erh tea for its numerous benefits health-wise like improving cardiac health and lowering cholesterol in the body. Pu`erh tea is also reported to aid in weight loss, improve sight, incite blood circulation and provide relief from hangovers. Nevertheless, as it is, research done to test the effects of pu`erh tea on human health are very few. But there’s proof to show that there’s a possibility that pu`erh tea is effective in treating the following health issues.

In 2016, Clinical Interventions in Aging published a study showing that pu`erh tea could aid in controlling cholesterol levels. There was a little reduction in cholesterol levels in a small number of adults who were overweight after they drank extracts of pu`erh tea every day for 20 weeks. When compared with those who were on placebo for 20 weeks also, it was seen that those who took pu`erh extract lost more weight and burned more fat.

Another study used pu`erh tea on rats had similar results. The rats were under a high-fat diet and took 2 cups of tea per day for two months. At the end of the experiment, rats had twice lower cholesterol and triglyceride levels.  It was noticed also that pu`erh tea increased HDL cholesterol, also known as good cholesterol.

Pu`erh tea contains caffeine, which is known to prevent a decline in alertness, make you feel more awake and less tired. One cup of tea contains between 60 and 70 milligrams of caffeine almost double less than one cup of black coffee.

Drinking a cup of pu`erh tea will improve your mental focus and mood. Setting aside a few minutes to drink pu`erh tea can help you relax and refocus before getting back to work energized.

According to many small pieces of research, there is a possibility that pu`erh tea could aid in the management of the metabolic syndrome. The metabolic syndrome which consists of these symptoms: hypertension, increased fat in the tummy region, resistance to insulin, high level of cholesterol and severe inflammation can predispose you to type 2 diabetes and cardiac disease.

For example, the Chinese Journal of Integrative Medicine published a study in 2011 in which 90 Metabolic Syndrome patients were either given a placebo capsule or pu`erh tea extract daily for 3 months.  At the end of the study, there was an improvement in blood sugar and cholesterol levels and obesity in those who took regularly pu`erh tea. This study shows without any doubt that pu`erh tea is ideal for preventing metabolic syndrome.

Plenty of studies show the incredible benefits of taking pu`erh tea in combating cancer. It is believed that the oxidized tea polyphenols really help in fighting the cancer cells. It is known that polyphenols eliminate free radicals and reduce the production of some types of cancer cells.

5. Side effects and Fears Concerning Safety

It is said that there is a lower caffeine content in pu`erh tea in comparison to others. However, excessive caffeine intake may incite some side effects such as insomnia, heartburn, headaches, diarrhea, dizziness and irregular heartbeat. It should be noted too that serious health issues like high levels of cholesterol, the metabolic syndrome should not be treated using pu`erh tea in place of the ideal treatment option. Ensure you consult your health care provider if you wish to add pu`erh tea to your treatment prescriptions.

Pu`erh tea could have different tastes such as fruity, musky, earthy or peaty tastes. The rich flavor makes drinking this tea a real enjoyment and the medical advantages are an additional award. While modern medicine just has started to talk about the possible benefits of tea, traditional Chinese medicine has treated a lot of diseases for centuries. So take a delicious cup of pu`erh tea and enjoy its positive influence on your body and spirit.

Maria Matthews is an experienced freelance writer reporting on health, fitness, and travel and covering the latest in food and nutrition. When she’s not writing, you’ll find her drinking tea or running around her hometown of Barcelona.