Benefits of Kratom Against Depression and Anxiety 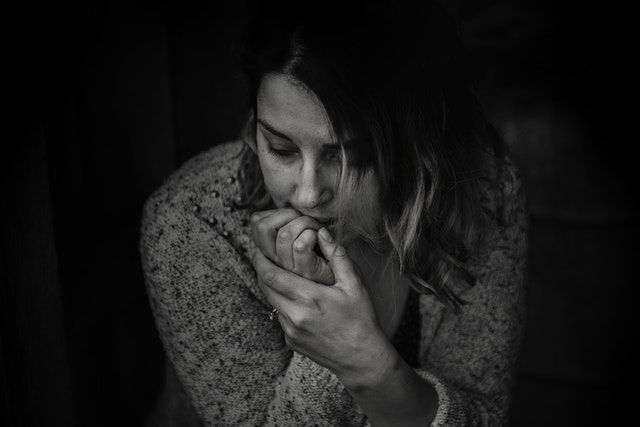 Kratom has started to become more and more popular with those who have very busy lifestyles and with students, who have to use their brains quite actively. While the benefits of Sacred Kratom are plentiful, since it is used not only to increase focus but also to offer relief from chronic issues to those who suffer from them, it can also be used by those who deal with anxiety and depression, both of which are starting to be more and more present in our world. While when dealing with these debilitating disorders it is very important to talk to a specialist, you should also consider using Kratom for its benefits.

How Does It Work for Depression and Anxiety?

While Kratom is not an opioid, its effects are fairly similar, its active ingredient, mitragynine, binding to opioid receptors in the brain. Because of this, it has anti-anxiety and anti-depression effects. (See also: How to Use Yoga and Meditation to Overcome Depression and Anxiety)

While those who have anxiety or depression are no strangers to mental pain, they often also deal with physical pain, whether it is because of their tensed muscles, or as a side-effect of depression. The great news is that Kratom contains alkaloids, which act on the opiate receptors of the brain, improving the release of endorphins and enkephalins, which work to offer relief from pain by numbing the pain receptors.

Both anxious and depressed people have a hard time focusing. For those who suffer from anxiety, it’s because their minds are constantly racing, worrying about all sorts of different outcomes, while for those who suffer from depression, it’s because their minds are buried under the weight of pain. Kratom works in the brain to keep ruminations at a minimum, allowing the mind to focus on the task in front of it.

Something both depressed and anxious people deal with is a lowered sense of motivation. For the first, it’s because they have lost all hope and are no longer able to see the point in doing anything. For the former, it’s often because they are too scared of not being able to do a good job, so they put it off. Well, another benefit of Kratom that can help those struggling with these issues is that it gives an adrenaline-rush-like feeling which helps motivate you. How does it do that? It helps to induce the release of serotonin and dopamine, which are useful for many reasons, one of which is improving motivation.

Kratom improves blood circulation, which means that oxygen levels are also improved, which participates in a burst of energy that may last anywhere between two to six hours. Now, in both anxiety and depression, levels of energy tend to be quite low. In anxiety, it’s because the mind is constantly bombarded with worries, leading to it exhausting itself in this manner. In depression, it’s once again the lost will to do anything that leads to a state of constant exhaustion.

Now, this is not something all anxious or depressed individuals are going to need help with since one of the many particularities of these issues is that they can have completely opposite effects in different people regarding their weight. This is to say that while some individuals may indeed gain weight, others become thinner. As such, this benefit is only for those who experience the first of these symptoms due to their depression and anxiety. Kratom works to regulate the satiety center that’s in the brain’s hypothalamus. Because of this, the individuals will end up feeling full faster, which will lead to them eating less and thus, losing weight.

Sleep is a major issue in both those with anxiety and depression. While some individuals may sleep more than they should, they often find that their sleep is not a high-quality one. In addition, there are also people with these diagnoses who have a very hard time falling and/or staying asleep. Kratom can help all of these individuals by regulating the sleep-wake cycle. As such, they will notice that they’re better able to fall asleep faster, and once they are asleep, they’ll be able to stay like that for long. (See also: 8 Best Bedtime Herbal Teas That Promotes Better Sleep)

Depression and anxiety are debilitating issues that are beginning to affect more and more individuals. As such, the need for finding effective methods to help us deal with them becomes more and more pressing. Well, Kratom is one of those things that can be used to help one deal with these issues better.

Martha Thomson is a copywriter and content writer who specialized in health and beauty, traveling and indoor design. Martha enjoys ever-changing of home design and travel experiences. When she’s not in front of her computer, Martha love’s to spend time exploring the mountains or painting.