[Marijuana vs. Cigarettes] Which is More Harmful? 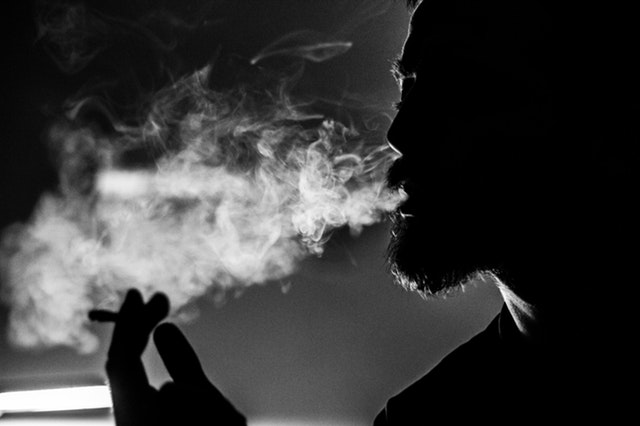 Many users of marijuana believe and claim that smoking it is a lot less harmful than smoking cigarettes but, this is nothing more than a false claim. Tobacco and marijuana are two different substances that have different effects on the mind and body. And, smoking a drug has the same effects on some parts of the body, like the lungs and circulatory system, disregarding the type of the drug.

Long term use and exposure of tobacco have injurious effects on one’s health. According to a report by the United States Centre for Disease Control, the leading cause of preventable deaths in the United States of America is because of smoking. Smoking causes more than 480,000 deaths each year in the USA. The teenagers today are well aware of the dangers caused by tobacco smoking, but they are misguided about the effects of smoking marijuana, therefore, many consider it to be safer. In this article, we will compare cigarettes and marijuana, to help you understand their physical and mental effects on a human body.

Before we start comparing tobacco cigarettes and marijuana, we should understand that the delivery method of both drugs is smoking. One of the most efficient ways of delivering drugs to the brain is through smoking, and that is why this is the most common method of drug intake. When you smoke a cigarette, the nicotine instantly hits your brain giving an instant neural response. The same process happens when you use any drug through smoking. Whatever the source of smoke is, either tobacco, marijuana, or even wood, it is harmful to the lungs as it contains toxins and carcinogens, and other substances that can cause breathing issues and cancer.

Cigarettes are filled with tobacco, which is a plant that contains a psychoactive substance called nicotine. This is a billion dollar industry working on more and more use of cigarettes, which is why today tobacco is the most addictive drug in the world. In some countries, the use of tobacco is restricted to a certain age, but no restriction is made on this drug, unlike other drug substances. Since centuries, cigarettes and other forms of tobacco are a part of the social culture and are not looked at the same way other drugs are.

Marijuana is the most famous and most used illicit drug. It is legal in many states and countries, while others have only legalized it recreationally, and is still considered an illegal drug at the federal level. Many people believe that marijuana is as safe as cigarettes or alcohol, and it should be legalized in the same way. It is also used for medical purposes, such as to treat pain or mental health issues. Research on marijuana’s medical benefits are still going on, and no validation has come forward yet. But, before one makes up their mind on how safe or dangerous this drug is, it is better to know about the risks and effects it has, especially though smoking.

The psychoactive substance present in tobacco cigarettes is nicotine, which increases the levels of dopamine in the brain and gives a feeling of reward and pleasure. This substance is a stimulant, which is why it also increases neural activity and gives a feeling of energy. The frequent amount of cigarettes one smokes develops tolerance and addition in them, for example, if a person smokes an average of 30 cigarettes a day, they get almost 300 hits of nicotine, which has a drastic effect on their brain’s dopamine levels.

The psychoactive substance present in marijuana is chemical tetrahydrocannabinol, also known as THC. You can learn more about marijuana and its different types at CannaPlayground. The THC chemical is similar to some naturally occurring chemicals in the body known as cannabinoids. These chemicals are responsible for things like time perception, pleasure, coordination, cognition, and memory.

There are many effects off marijuana, and they can vary from person to person. The most common ones are as mentioned below:

Smoking cigarettes does not only increase the chances of lung cancer, but it also has many other physical and mental risks on human health.

Smoking marijuana also puts you at a high risk of lung cancer, but besides that, it has also shown a great number of physical and mental health issues in humans.

By reading the comparisons between both cigarettes and marijuana, it will not be wrong to say that one is any much safer than the other. Both drugs have their own negative side effects on human physical and mental health, thus proving that these drugs are not safe. If you or someone you know is suffering from an addiction to these substances, then it is advised to find an addiction treatment program that can help you in getting your good health back. Addiction of such substances can lead to many great dangers, and the more you delay leaving them the harder it will be for you to recover from this abuse of the drug.

Judy Robinson is a passionate health and lifestyle blogger. She loves to write on a healthy lifestyle, fitness 101 and DIY related topics. Follow @judyrobinson for more updates.