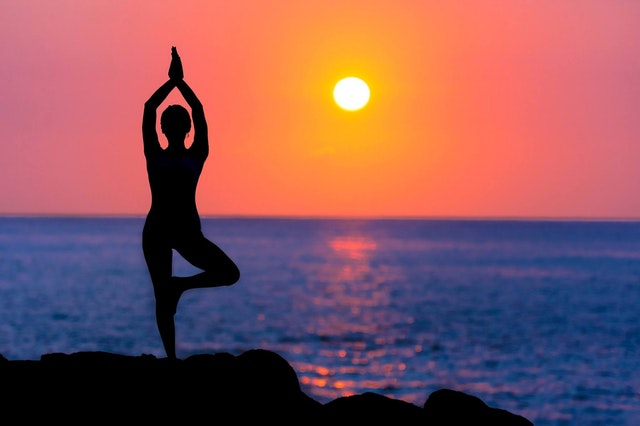 Yoga, A Religion or not?

India is a religious state, a secular nation where every citizen irrespective of their religion have a fair chance to express their thoughts and ideas. Hinduism, Sikhism, Jainism, Islam, Christianity, and Buddhism are the major religions in India. But can we call yoga as a religion? No, but if we look at it through the lens of a community that promotes the importance of good physical, mental and spiritual health amongst individuals, yes! Yoga is the spiritual art of living and a “Health Religion”.

Yoga is a 5000-year-old Indian body of knowledge and the potpourri of physical, mental, and spiritual disciplines. This science of well-being has also been listed by UNESCO as an Intangible cultural heritage because of its usage in curing diseases and maintaining a state of equilibrium between the mind and the body.

“The essence of yoga is to reach oneness with God.” – Pattabhi Jois

The historic significance of yoga as a practice to relax the body and calm the mind can be traced from its allusion in the religious and spiritual texts like Bhagavad Gita, Katha Upanishad, Rig Veda, Mahabharata and etc. The first known appearance of the word “yoga”, with the same meaning as today in the modern world, can be seen and read in the Katha Upanishad. The term ‘yoga’ literally translates into ‘union’, the union of the conscious with the unconscious. Hatha Yoga and Raja Yoga are amongst the most practiced and known form of yoga used in the entire world. Yoga as a physical exercise with a meditative and spiritual core has been well propagated by religions like Buddhism, Jainism, Hinduism, and Shaivism i.e. a tradition of Hinduism that venerates lord Shiva.

Samkhya, Yoga, Nyaya, Vaisheshika, Mimamsa, and Vedanta are the six āstika schools of Hinduism that accept the Vedas as a source of knowledge and are referred to as a philosophical school in Hinduism.

Majority of the Hindu texts summarise yoga as a practice to control the senses and eventually, the mind. Bhagavad Gita is the most famous spiritual text in which Krishna talk about of four types of yoga – bhakti, or devotion; jnana, or knowledge; karma, or action; and dhyana, or concentration as paths to achieve moksha or nirvana, the ultimate goal of humans according to Hindu understanding. Out of these four types, dhyana yoga can be found related to the type of yoga we practice in the modern world today.

“Yoga means the `Cessation of the states of mind” – Yoga Sutra

Jainism recognizes Yoga as the ideal path of spiritual realization that merges the finite with the infinite and includes Dhyana (Meditation), Samadhi (Concentration).

Yoga is referred to as Caritra (conduct) in Jainism. In Jainism, Yoga is defined as the real practice of one’s knowledge and the core of Indian Spiritual Sadhana that invokes practical realization of the self. According to them, yoga is of two types, one which consists in the inner poise, self-mastery, its conquest of anger, sensitiveness, pride and ambition and the other that consists the knowledge about the Self, its bondage, liberation and the path of liberation.

Yoga and Buddhism have been synonymously used since historic times. Buddhist meditation embraces a variety of meditation techniques that intend to develop composure, calmness, concentration, tranquility, and insight in individuals practicing it regularly.

Bhāvanā and jhāna/dhyāna are the Buddhist words that refer to meditation, the core element of yoga. The principal techniques of yoga have been preserved in ancient Buddhist texts and the Buddhists practice meditation as the path toward Enlightenment and Nirvana.

Yoga and meditation have been an integral part of Shaivism. It is defined as the union of the kundalini with Lord Shiva. In Shaivism, Hatha yoga is the most practiced form and has been a major reformer of techniques such as those in Hatha Yoga. Several important Shiva temples in the nation and entire world depict Lord Shiva as a giant statue wherein the lord poses as yogi meditating, as seen in Shaiva texts.

Yoga is the ultimate path of self-realization. From having originated in India, it has spread in the entire world and also being taught and practiced in various yoga teacher training institutes in India. Yoga isn’t a religion of lords being worshipped for the sake of traversing into the state of have-all. It is just a religious and spiritual practice of uniting the conscious with the unconscious.

Nikita is a content writer at Justgoweb Digital, a full-service Digital Marketing Agency in Delhi. She loves writing about yoga, retreat, health, and meditation.