[13 Common Causes of Obesity] The Most Neglected Public Health Problem

May 13, 2020Written by Safe and Healthy Life Expert 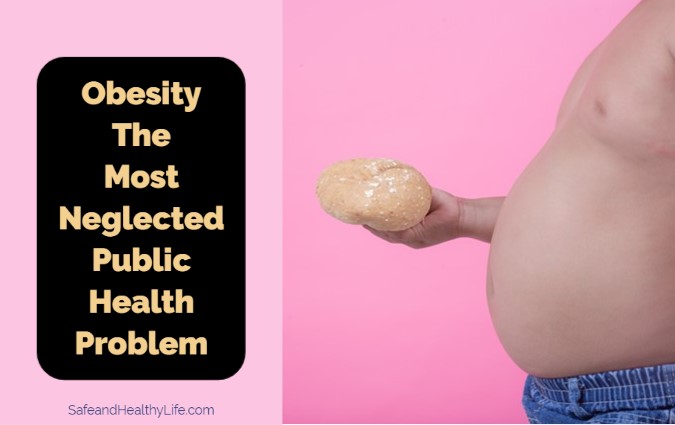 At the other end of the malnutrition scale, obesity is one of today’s most blatantly visible yet most neglected public health problems.

Paradoxically coexisting with undernutrition, an escalating global epidemic of overweight and obesity – “globesity”.

It is taking over many parts of the world. If immediate action is not taken, millions will suffer from an array of serious health disorders.

Obesity is a complex condition, one with serious social and psychological dimensions, that affects virtually all age and socioeconomic groups and threatens to overwhelm both developed and developing countries.

For both, obesity poses a major risk for serious diet-related noncommunicable diseases like some metabolic syndromes (diabetes mellitus, cardiovascular disease, hypertension, and stroke), and certain forms of cancer.

Its health consequences range from increased risk of premature death to serious chronic conditions that reduce the overall quality of life.

The Difference Between Being Overweight and Obese

The National Institutes of Health (NIH) now defines overweight in terms of the BMI (the body mass index) which is a person’s weight in kilograms (kg) divided by their height in meters (m)squared. BMI describes the body weight relative to height for the calculation. 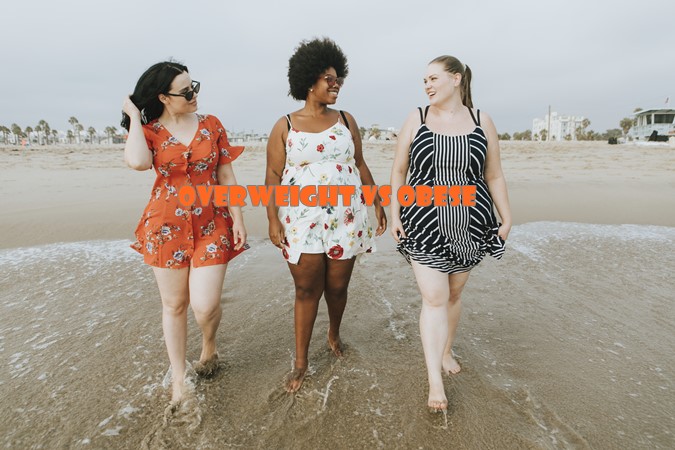 Obesity is a chronic medical condition that occurs when a person carries excess weight or body fat that might affect their health.

Just as for overweight, obesity hinges on the BMI calculation. To be classified as obese, a patient must have a BMI of 30.0 kg/m2 or more.

A BMI of 40.0 kg/m2 or greater is often referred to as “morbid obesity,” and is recommended by national guidelines as the cutpoint for identifying patients who may be eligible for bariatric surgery.

Maintaining your ideal body weight is a balancing act between food consumption and calories needed by the body for energy. You are what you eat. The kinds and amounts of food you eat affect your ability to maintain your ideal weight.

Here are some of the common causes of obesity:

Also, physical activity affects how a person’s hormones work, and hormones have an impact on how the body processes food.

Overeating leads to weight gain, especially if the diet is high in fat. Foods high in fat or sugar (for example, fast food, fried food, and sweets) have high energy density (foods that have a lot of calories in a small amount of food).

Epidemiologic studies have shown that diets high in fat contribute to weight gain.

A person has a lower risk of obesity if their diet consists mainly of fruits, vegetables, and whole grains.

When a person consumes more calories than they use as energy, their body will store the extra calories as fat, which will lead to excess weight and obesity.

A person is more likely to develop obesity if one or both parents are obese. Genetics also affects hormones involved in fat regulation. An example is leptin deficiency.

Leptin is a hormone produced in fat cells and in the placenta. Leptin controls weight by signaling the brain to eat less when body fat stores are too high.

If, for some reason, the body cannot produce enough leptin or leptin cannot signal the brain to eat less, this control is lost, and obesity occurs.

4. A diet high in simple carbohydrates

Carbohydrates increase blood glucose levels, which in turn stimulate insulin release by the pancreas, and insulin promotes the growth of fat tissue and can cause weight gain.

The relationship between frequency of eating (how often you eat) and weight is somewhat controversial.

There are many reports of overweight people eating less often than people with normal weight.

One possible explanation is that small frequent meals produce stable insulin levels, whereas large meals cause large spikes of insulin after meals.

Results of a review and meta-analysis published in The Journal of Clinical Endocrinology and Metabolism showed that some medications can also lead to weight gain.

Medications associated with weight gain include certain antidepressants, anticonvulsants, some diabetes medications, certain hormones such as oral contraceptives, and most corticosteroids such as prednisone.

Recent studies have shown that many cases of obesity are the result of such mental illnesses as depression, anxiety, post-traumatic stress disorder (PTSD), binge eating disorder, and night eating syndrome.

Obesity is usually the result of overeating, but in some people, excess weight gain is a symptom of other diseases such as hypothyroidism, insulin resistance, polycystic ovary syndrome, Cushing’s syndrome, and Prader-Willi syndrome – the common contributors.

There is a link between social issues and obesity. Lack of money to purchase healthy foods or lack of safe places to walk or exercise can increase the risk of obesity.

Ethnicity factors may influence the age of onset and the rapidity of weight gain.

African-American women and Hispanic women tend to experience weight gain earlier in life than Caucasians and Asians, and age-adjusted obesity rates are higher in these groups.

Non-Hispanic black men and Hispanic men have a higher obesity rate than non-Hispanic white men, but the difference in prevalence is significantly less than in women.

A person’s weight during childhood, the teenage years, and early adulthood may also influence the development of adult obesity. Therefore, decreasing the prevalence of childhood obesity is one of the areas to focus on in the fight against obesity.

Women tend to gain weight especially during certain events such as pregnancy, menopause, and in some cases, with the use of oral contraceptives.

However, with the availability of the lower-dose estrogen pills, weight gain has not been as great a risk.

According to researchers, it is evident that sleep deprivation significantly increased obesity risk in both adults and children. The changes affected children as young as 5 years of age.

Sleep deprivation may lead to obesity because it can lead to hormonal changes that increase appetite.

Therefore, the most common causes of obesity are overeating and physical inactivity. Ultimately, excessive body weight is the result of genetics, metabolism, environment, behavior, and as well as culture.

Carla Smith is the founder of SafeandHealthyLife.com. Her main objective is to provide informative articles, reviews, and analysis of health & fitness topics to her readers that help them to make their life easier and happier. Connect with her on Twitter.